The Cambridge University Lunchtime Concert Series (CULCS) is an exciting series of free lunchtime concerts running throughout Cambridge Full Term. Taking place every Tuesday at 1.10pm in West Road Concert Hall, these concerts showcase the University’s finest performers with a wide variety of repertoire and regularly attract an audience of over 300 people. Previous years have seen performances of Messiaen’s Quartet for the End of Time, Stravinsky’s Les noces and Panufnik’s Violin Concerto; and performances led by Nick Mulroy, Professor Maggie Faultless and a number of budding student conductors.

We are delighted that the CULCS Michaelmas 2021 will be taking place at 1:10pm in West Road Concert Hall from Tuesday 26 October to Tuesday 30 November. Please see below for full concert details. Admission to all of these concerts is free, and no pre-booking is required.

The IAS string quartet is delighted to be giving their first public performance as part of the lunchtime concert series, especially having had their first year disrupted so heavily. Formed in 2020 from students of Economics, Engineering, Maths and Music, they will be playing Beethoven’s String Quartet op 18 no. 4. The opus 18 was the first set of quartets that Beethoven had written, and he had been faced with the huge task of living up to the likes of Mozart and Haydn’s quartets. This quartet is filled with drama and theatre from the first movement through its scherzo, minuet and rondo.

Emily (third-year music student) and Madeleine (second-year music student) have been playing together at Cambridge since Easter term last year as part of a trio on the IAS scheme. This afternoon they will perform the Franck Violin Sonata, a piece renowned for its reflective yet highly intense emotions.

Ensemble Terra is a newly formed chamber ensemble comprised of players from across Cambridge University. The programme begins with the music of Ruth Crawford-Seeger, a criminally under-performed composer who has been marginalised in histories of Western music, followed by the world premiere of Duet by Sam Greening, recent graduate from King’s College now studying at the Guildhall School of Music and Drama. The concert concluded with Ravel’s sublime Mother Goose Suite in its chamber arrangement by Iain Farrington.

Sam Rudd-Jones presents a program of three world premières, each by a young Cambridge composer. Sam Weinstein’s (Pembroke ’21) Glory in The Shapeless Maps is a highly dramatic and poetic work, ending with an affecting passacaglia.  Sam Greening’s (King’s ’21) set of eclectic miniatures, Frames, has both rumbling Birthwistle-like textures and David Bowie quotes. Will Harmer’s La Danse is a thrilling work that synthesizes and updates the language of early 20th piano music like Bartok, Prokofiev, and Ravel.

This piano trio was newly formed on the Instrumental Award Scheme this year, comprised of three first-year undergraduates from Clare, Girton and St John’s College. The programme starts with a movement from Beethoven’s “Archduke” Trio written towards the end of his heroic period in which many of his masterpieces were composed. It is followed by a beautiful movement from Faure’s only piano trio, one of his latest works

Music and Dance from Java

Formed of the choral scholars of King’s College, The King’s Men kick off this year’s festive season with a programme ranging from choral classics to familiar carols, to seasonal favourites, and everything in between. Whether it’s Silent Night, Jingle Bells, or Rudolph the Red-Nosed Reindeer, there’s certainly something for everyone!

An hour of lunchtime jazz

The Cambridge University Jazz Orchestra (CUJO) is Cambridge’s premier vehicle for promoting and performing jazz in the University and beyond. CUJO brings together the top jazz musicians in the University. The big band has performed in numerous professional venues in the UK and overseas, won gold awards in UK-wide big band competitions and has collaborated with world-famous musicians, composers and arrangers such as Steve Waterman, Mark Nightingale, Trish Clowes and Yazz Ahmed. The group is 18-strong and plays a wide variety of music, including standards, swing, and funk as well as a number of classic vocal charts. 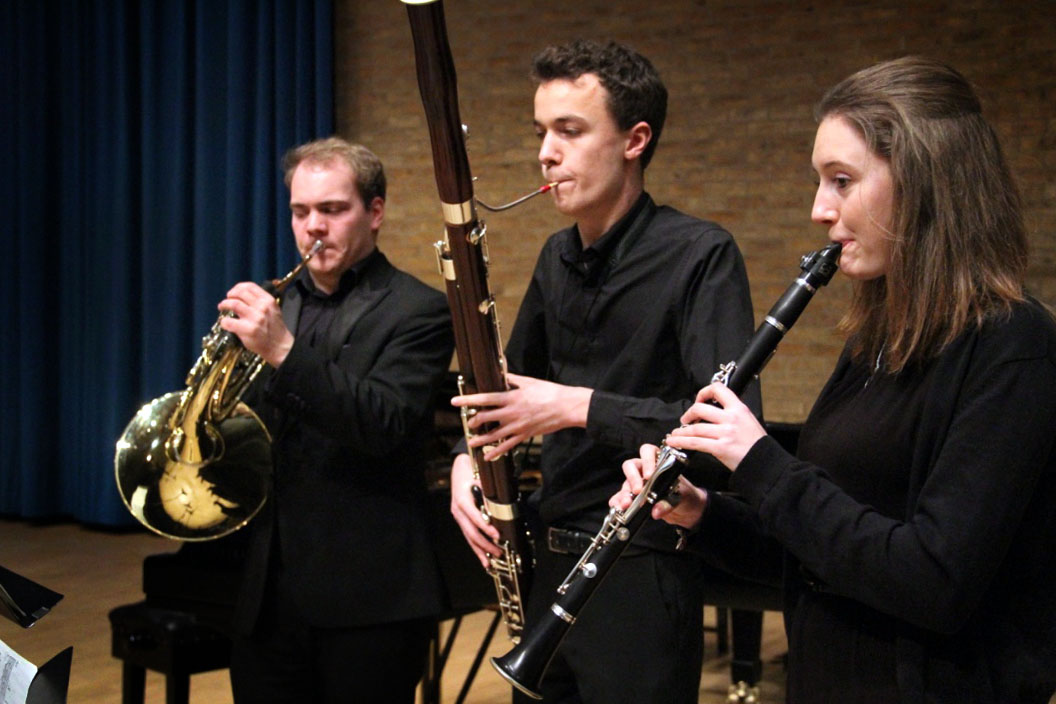